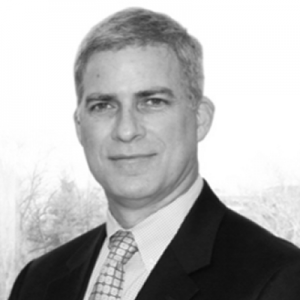 “I’ve spent my whole career focused on bringing better products to patients who can benefit from them. Patients aren’t an obscure group of people out there in the world. We’re all patients – ourselves, our families, our friends, our colleagues. So, it’s an honor to be able to bring my experience to the table to help develop an operational and sustainable NESTcc that will benefit patients.”

Bill Hanlon is the American Clinical Laboratory Association (ACLA) nominee to the NESTcc Governing Committee. He is formally trained as a biochemist and cell biologist and has spent his career in the development of new medications and devices. Throughout his career, he has held several roles in drug discovery, global regulatory affairs, and product development for inflammation, cardiovascular, and other products. He now oversees 14,000 people worldwide with more than 600 ongoing clinical trials in his role as Group President of Clinical Development and Commercialization Services at Covance. LabCorp, the company that owns Covance, helps in vitro diagnostic (IVD) manufacturers develop and commercialize their tests and it also operates one of the largest Real-World Data (RWD) databases in the world.

According to Bill, the IVD community occupies a unique position in the medical device ecosystem as producers, curators, and consumers of RWD. But, the biggest challenge for the IVD community is making use of the wealth of data generated during testing so that it can be leveraged internally to develop the next generation of tests, as well as externally by those other stakeholders, including physicians and patients.

“The cost of developing devices continues to increase. This is especially due to the increasing cost of clinical trials that are necessary to validate and support the approval of these devices. There is so much RWD that could be used to help gain insights into the performance of devices on the market, the shortcomings of these devices so improvements can be made, as well as help make comparative assessments across devices to better understand which devices work best for different patient subpopulations. With better access to RWD, we can do these things with potentially fewer patients, less noise, and at reduced costs compared to traditional clinical trials. It is important to make the most of the available RWD, but we’ve got to do it right,” he said.

He believes that NESTcc, once fully operational, can “get it right” by being the catalyst for the timely, reliable, and cost-effective development and use of Real-World Evidence (RWE). In working with the IVD community, NESTcc could eventually broaden its reach to be a resource for CROs working with small device companies that lack internal resources for clinical development and data access, as well as for pharmaceutical companies that use diagnostic test results and associated data to understand how a therapeutic is affecting a patient.

A fully operational NESTcc must have a sustainable business model, Bill said. He’s a member of the Governing Committee’s Sustainability Subcommittee, which is working to ensure that NESTcc can operate successfully in the long-term.

Defining a strong value proposition, that is, figuring out how NESTcc can differentiate from similar organizations producing integrated data in the private sector, is a key component of the sustainability model.

“We need to articulate why NESTcc is of greater value to the ecosystem. Is it cost? Quality? Diverse stakeholder involvement, including from regulators and payers? These are the things we need to understand quickly so we can make it clear why stakeholders should come to NESTcc instead of other organizations,” he said.

NESTcc must also prove to potential users that they can have confidence in their decision to engage with NESTcc. He said that there are three key steps NESTcc must take to prove that point. The first step is ensuring that high-quality data flow through NESTcc. NESTcc’s Data Quality Subcommittee, which along with the Methods Subcommittee had its first meeting in August 2018, is already working to define the data quality framework for NESTcc Network Collaborators.

“NESTcc’s value is going to come down to how it helps make data available to stakeholders in a more confident way, in a way in which data from multiple sources can be combined through the application of common standards,” he said.

The second and third steps are demonstrating transparency about the capabilities and resources of the Network Collaborators and achieving success in using the NESTcc Data Network to generate evidence that helps bring a product to market. The NESTcc Test-Cases will demonstrate the ability of the NESTcc Network Collaborators to respond to questions of interest to the medical device ecosystem, including industry partners, outside of a traditional clinical trial.

Bill acknowledged that NESTcc’s role is constantly evolving and supporting projects that lead to regulatory or coverage decisions will take some time. Once completed, he believes they will strongly support NESTcc’s goal to be the ecosystem’s go-to front door for conducting RWE studies to support regulatory, coverage, patient, and clinical decision-making.

This blog was written by Marina Damiano, PhD, as a contributing member of the NESTcc communications team.

The NEST community is passionately committed to transforming the way medical device technologies are tested, approved and monitored. ​

NESTcc is engaging the medical device ecosystem via a public comment period for a Playbook created to advance health system UDI implementation at the point of care (POC) as part of our Collaborative Community. Learn more: nestcc.org/explore-open-c… 2 weeks ago

For #TestCaseTuesday, check out our case study for a project that evaluated data relevance and reliability to assess if real-world data would be “fit for purpose” for regulatory submission supporting a potential study for label expansion. Download: hubs.ly/Q018VCNy0 pic.twitter.com/T9Gu4uM8uS 7 months ago

This site uses cookies to improve your browsing experience; the website may not work as expected without them. By continuing to browse this site, you consent to the use of cookies.

We may request cookies to be set on your device. We use cookies to let us know when you visit our websites, how you interact with us, to enrich your user experience, and to customize your relationship with our website.

Click on the different category headings to find out more. You can also change some of your preferences. Note that blocking some types of cookies may impact your experience on our websites and the services we are able to offer.

These cookies are strictly necessary to provide you with services available through our website and to use some of its features.

Because these cookies are strictly necessary to deliver the website, refusing them will have impact how our site functions. You always can block or delete cookies by changing your browser settings and force blocking all cookies on this website. But this will always prompt you to accept/refuse cookies when revisiting our site.

We fully respect if you want to refuse cookies but to avoid asking you again and again kindly allow us to store a cookie for that. You are free to opt out any time or opt in for other cookies to get a better experience. If you refuse cookies we will remove all set cookies in our domain.

We provide you with a list of stored cookies on your computer in our domain so you can check what we stored. Due to security reasons we are not able to show or modify cookies from other domains. You can check these in your browser security settings.

We also use different external services like Google Webfonts, Google Maps, and external Video providers. Since these providers may collect personal data like your IP address we allow you to block them here. Please be aware that this might heavily reduce the functionality and appearance of our site. Changes will take effect once you reload the page.